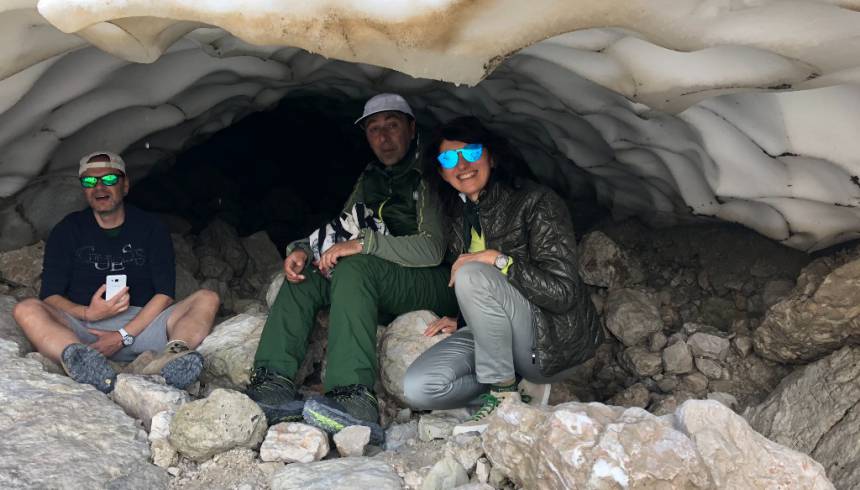 The Snow Cave at Sas dla Crusc - is a natural cave which is formed by the snowmelt in the spring months and sometimes remains intact until the following winter.

If you are looking for a family fun and something unique adults and children can enjoy, why not visit the snow cave at the Santa Croce are in Alta Badia.

During the scenic hike at the foot of the Sas dla Crusc mountain, passing through the woods you can admire the vast flowering meadows of Armentara.

This is a fascinating natural cave, carved out of the snow formed from the water which, during the thaw and the summer storms, runs down from the Piza dales Diesc peak after winters with much snow.

The melt water flows down the mountain and underneath the ice masses and even though the temperature of the water is only just above freezing point, as it runs though, it carves out a small cave underneath the layers of ice.

The cave continues to grow in size in the summer: the narrow hollow carved out by the stream is filled with cold air which is denser and therefore heavier than the summer air outside. This in turn sets off an inverted chimney effect: the heavy cold air sinks down to the bottom of the cave, giving rise to a strong draught from the top to the bottom of the snow cave. Warm summer air is now drawn into the cave from the upper openings, causing the cave to melt from within.

In the meantime, the warm is cooled by the ice and thus flows out through the lower opening as heavy air. This effect can continue for months, melting an ever larger cavity in the ice.

An interesting natural phenomena to experience while you are in the area in summer time. 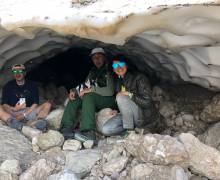 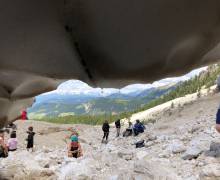 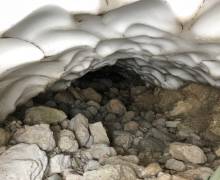 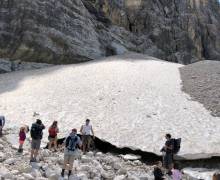 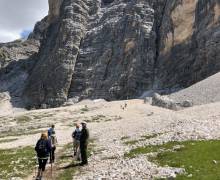 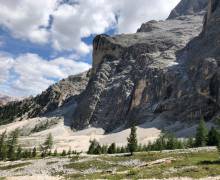 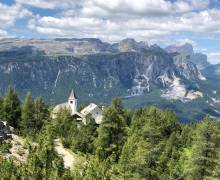 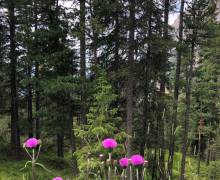 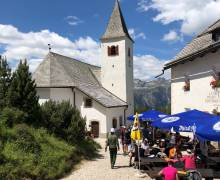 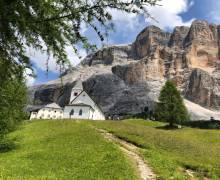