Luxury properties for sale in the Three Cities of Malta, a slice of authentic life 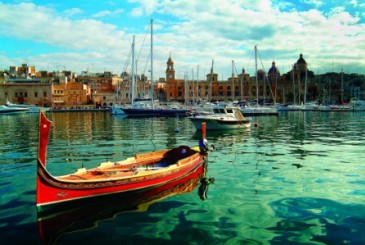 The Three Citiesoffer an intriguing insight into Malta and its history. Left largely unvisited, these cities area slice of authentic life as well as a glimpse into Malta's maritime fortunes.

The Three Cities can rightly claim to be the cradle of Maltese history, as Vittoriosa, Senglea andCospicua have provided a home and fortress to almost every people who settled on the Islands.

Their harbour inlets have been in use since Phoenician times: the docks always providing a living for local people, but also leaving them vulnerable when Malta's rulers were at war. As the first home to the Knights of St. John, the Three Cities' palaces, churches, forts and bastions are far older than Valletta's.

The local communities here celebrate holy days and festas as nowhere else on the Islands. The most spectacular events are the Easter processions when statues of the "Risen Christ" are carried at a run through crowded streets.

Vittoriosa, or Birgu, one of the Three Cities, lies on one of the promontories jutting into Grand Harbour, opposite Valletta.

At its tip is Fort St. Angelo, perhaps the oldest fortification on the Islands. The strategic position of both fort and city over the millennia has led some to call this area `the cradle of Maltese history'. Certainly settlers and rulers from the Phoenicians to the British all made use of the defences here. To honour the part played by the city of Birgu, Grand Master La Valette renamed it Civitas Vittoriosa, `Victorious Town'. Vittoriosa was the first home of the Knights when they arrived in 1530. As such, it contains many important architectural riches. The Knights `auberges' (inns of residence), palaces and churches here are older than those in Valletta.

Highlights include the Church of St. Lawrence, designed by Malta's most prominent baroque architect, Lorenzo Gafa', the Inquisitor's Palace, Fort St. Angelo and the Maritime Museum. We have a wide selection of luxury, new, character sales and rental properties in the Three Cities and all over the Maltese islands- take a look at our website for further details www.ecsmproperty.uk.com. With any inquiries you can contact us on ec@ecsmproperty.uk.com