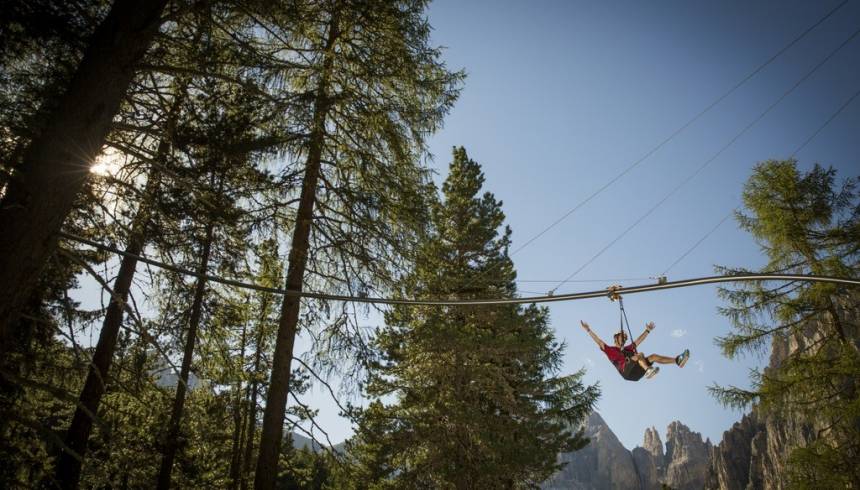 The biggest Zip Line in Europe can be found in San Vigilio di Marebbe close to the Alta Badia.

The Zip Line of the Adrenaline X-Treme Adventures Park in San Viglio di Marebbe is the first of its kind throughout Europe. Established in 2008, it features a length of 3,200 metres and offers a real explosion of adrenaline at the border of the Fanes-Senes-Braies Nature Park. Here you can see the fabulous world of the Dolomites from a height of up to 100 m, reaching a speed of 80 kmph.

The idea for the Zip Line has not raised accidentally. Already 150 years ago there were ropeways in order to make the transport of goods and people easier - so people were able to easily get over the terrain. The first Zip Line was established 30 years ago in Australia, for exactly the same reason. Groceries and other important goods were transported from one mountain to the next and soon a number of researchers were interested in the same system, as they also had to work in rough terrain.

The Zip Line in the Adrenaline X-Treme Adventures Park has been established in full respect of nature. Furthermore the park offers Segways, the popular two-wheelers for tours in the breathtaking surroundings.