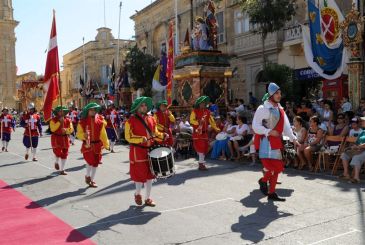 The Maltese islands have always had a very important role in the Mediterranean Sea, due to the islands' strategic positioning between Europe and Africa. In fact, this has been one of the most important factors which contributed to the islands' rich history. This includes one of the most historical battles, The Great Siege of Malta, which took place 451 years ago in 1565.

Throughout history, Malta has been considered an important piece of land to possess. In fact, in 1530, Malta was offered to the Knights of St John by the Holy Roman Emperor Charles V in order to defend his Empire in Western Europe from Turkish attacks coming from Eastern Europe. The Knights, led by Grand Master La Valette, were under constant threat from the Turks, and a few years later, in May 1565, an Ottoman fleet of 40,000 men arrived in Malta – this marked the start of The Great Siege.

The proliferation of siege maps depicting the epic siege of 1565 published in the major cities of Europe throughout the duration of the siege is enough indication of its magnitude and its significance to the Christian states of Europe. Historians of the Great Siege have a vast array of contemporary documents, texts and diaries as well as the maps attesting to the major episodes of the siege.

Once again Malta's strategic position in the centre of the Mediterranean Sea left its indelible mark on the maritime history of the world.

The outcome of the siege was the concern of all the monarchs of Europe, so much so that Elizabeth I of England remarked: “If the Turks should prevail against the isle of Malta, it is uncertain what further peril might follow to the rest of Christendom.”

So great was the heroism and stiff determination of the greatly outnumbered knights and Maltese under the leadership of Grand Master Jean Parisot de Valette, that after four harrowing months, on September 8, 1565, Pasha, uncharacteristically of him, ordered a hasty retreat.

In order to commemorate the anniversary of The Great Siege, there will be a parade in Gozo on 7 September 2016, classed as a national event.

For details of resale or rental homes in Malta, weather it is a new, luxury or bargain property, please refer to our website www.ecsmproperty.uk.com Our multilingual team will be glad to assist with your property search and advise about the Real Estate market, best buying options and guide you through the buying process with our in house surveyors, property, legal and investment experts.