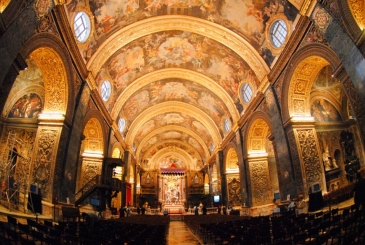 Built by the Knights of St John after the Great Siege of 1565 and consequently adorned by its eight langues, Valletta not only had to serve as a powerful fort, but was also to become a strongpoint of culture, economy and politics in the world. Embellished at the height of the baroque period, Valletta rose to become a city built by gentlemen for gentlemen.

The Valletta International Baroque Festival has been conceived purposely as a celebration of this baroque identity of Valletta. For two weeks, between the 16th and the 30th of January 2016, Valletta will resound with music from the period when it was built.

A unique event not to be missed-come and visit Malta, an unforgettable place in the blue Mediterranean sea. We have a large variety of short and long term rental or sale properties and our staff is on hand to assist with finding you the right accommodation or residence on the Maltese islands. For more details and detailed guidance about Maltese properties look at our website www.ecsmproperty.uk.com or drop us a note on ec@ecsmproperty.uk.com